Churn can be relatively high for mobile apps when compared to web SaaS products. Like trial conversion, churn is another metric you should continuously monitor and work to improve. By combining churn and trial conversion you can start to make longer-term forecasts of the lifetime value of your subscribers. 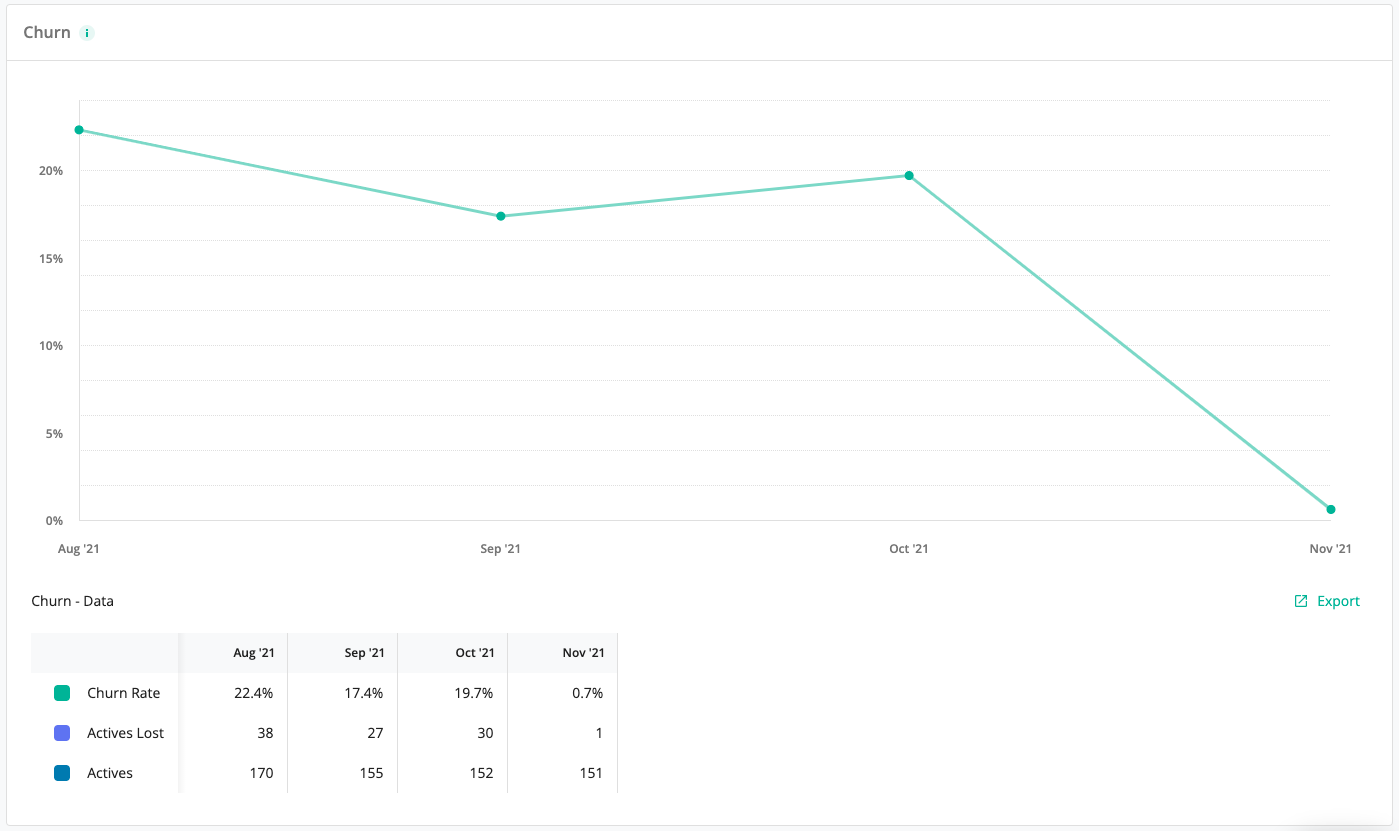 ❓ Why doesn't the number of Actives in each period match the Active Subscriptions chart actives per period?

Updated about 1 month ago