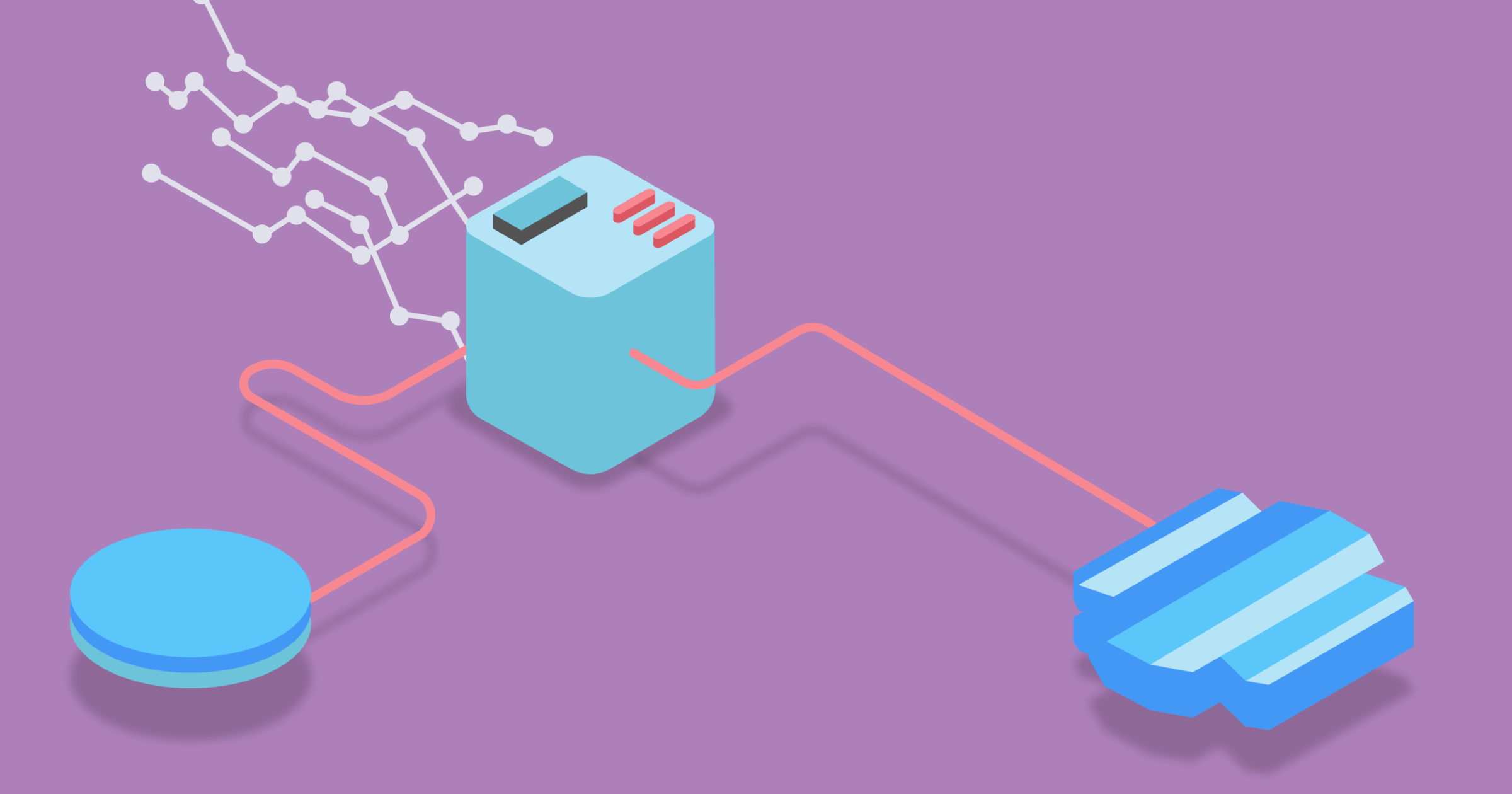 Over the past year, the RevenueCat team has been building a new data platform to support data-driven features like Lists (which enables you to cohort and analyze your customers) and the new version of Charts (which helps you analyze and visualize your app business).

At RevenueCat, our data originates from a PostgreSQL transactional database. However, several of our features—like Lists and Charts—are powered by a Redshift instance, which we use for data analytics.

For context, our PostgreSQL database processes more than 800 changes every second. That’s over 70 million rows per day. So it was crucial for us to find a reliable replication mechanism.

In this post, we’ll talk about the pros and cons of using AWS DMS to replicate PostgreSQL to Redshift. We hope to help other developers and organizations with this important decision and provide some guidance for potential issues you might encounter when using DMS in a production environment.

Our team decided to use AWS DMS to replicate our PostgreSQL production database to Redshift. DMS lets you set up a replication scheme in just a few steps. We won’t go over how to actually set up DMS in this post, since there are too many different configurations depending on whether the source/target is on-premises, IaaS, or PaaS.

Before we get into how to configure DMS, it’s important to understand some terms. A DMS source is a system from which you want to replicate data. It might be a relational database (such as PostgreSQL or MySQL), a document database (like Amazon DocumentDB), or even an S3 bucket. A DMS target is the destination of the replication process. Just like sources, targets can be a relational or document database or an S3 bucket. You can find more information on the supported sources and targets in the DMS documentation.

Here’s a general overview of what the architecture of the replication process looks like (note that the DMS replication instance runs in an EC2 instance):

How does it work?

There’s a lot of great documentation on AWS DMS, so we suggest reading up on the key components if you’re considering using DMS for your own purposes. However, there are some workflows that aren’t clear in the documentation, so we wanted to take a moment to clarify.

For a PostgreSQL to Redshift scenario, the replication task works like this:


Then, DMS sweeps the whole intermediate table and performs the operations like this:

The pros and cons of using DMS

Diving into our specific configuration doesn’t make much sense because we pretty much followed the AWS DMS documentation. If you’re considering using DMS, we strongly suggest reading the specific considerations for your source and target systems. For our purposes, we followed the documentation on using PostgreSQL as a source and using Redshift as a target.

Instead, we think it would be useful to share specific details that we didn’t find in the documentation that might be useful for you when replicating from PostgreSQL to Redshift.

As explained in the cons section, when a bulk UPDATE is applied to fewer rows than expected, the DMS task switches to one-by-one mode.

DMS determines how many rows will be affected by an UPDATE statement by subtracting the indexes related to that operation. For instance, let's say this is the UPDATE query:

In this example, if the UPDATE affects fewer than 1000 rows, DMS will switch to one-by-one mode.

At RevenueCat, we created a side project to deal with all the DMS issues that we found along the way. For this specific purpose, we created a daemon (replication checker) that runs every three minutes and checks the number of UPDATEs in the cluster related to DMS (this is pretty easy to do because DMS adds a comment to the UPDATE statement with the DMS version).

When DMS switches to one-by-one mode, the replication checker kicks in and fixes it by performing the following actions:


This process has three main components:

Why does this matter? In the past, we faced some edge case situations where the maintenance window rebooted the Redshift cluster in the middle of an UPDATE statement, causing the DMS task to silently fail (meaning the task wasn’t marked as failed, but under the hood it stopped working).

We created a tool that stops all the configured replication tasks at a specified time and resumes them 35 minutes later. You might be wondering: why 35 minutes? Let’s say that you have set up a weekly maintenance window on Wednesday at 11:00 AM UTC. We noticed that normally the maintenance window works like this:

The tool we created stops all the replication tasks at 10:55 AM UTC and resumes all of them at 11:30 AM UTC. This is where the magic number (35 minutes) comes from. We think we could resume the tasks earlier, but we prefer to wait until 11:30 AM UTC to prevent any outages in case Redshift shifts its maintenance window by a few minutes.

Preventing the DMS instance from running out of memory

DMS seems to have a memory leak. We can’t say for sure because DMS is a black-box product, so we don't know anything about its internals.

The fact is that DMS replication instances run out of memory around twice a week. We created a tool that checks how much memory is left in the instance and, if the amount of available memory is lower than 1.5 GB, tasks are stopped and resumed. This causes the instance memory to bounce back to a value close to the instance maximum.

As we discussed before, there are some scenarios where DMS fails to replicate changes. As far as we know, these scenarios are:

Since we don't have control over this process, we created a tool that checks each day to ensure that all the source database rows for a given day were successfully replicated to Redshift.

This works because all the tables that we are replicating have monotonically increasing primary keys that we can leverage to bind which IDs belong to a given day.

How it works is similar to what we talked about with one-by-one mode. Essentially:

We automated this process to run every day during low-traffic hours.

When a DMS replication task is created, you can specify the target table structure by manually creating the tables in the target database, or you can let DMS create the tables for you. From our experience, the compression encoding that DMS automatically chooses might not be optimal. If you’re not sure which encoding to use, a reasonable approach would be:

After a year of production usage, we’ve decided that AWS DMS is an interesting product with lots of potential, but in some ways does not feel mature.

It helped us move our production PostgreSQL cluster data to Redshift, which is something that we tried a few times before without success. We still spent substantial engineering time on the internal tooling, but we think that it was worth it. Thanks to AWS updates and our internal tooling, we’ve found a way to make DMS work for us, and we now feel like we can safely use it in a production environment.

If you’re considering using DMS as a replication tool, we hope that you found this post useful. We focused on the specific details of replicating from PostgreSQL to Redshift, but we think that many of the lessons we learned along the way can be applied to other use cases.

App store changes that may affect your business