Cashing Out: How to Sell Your App

Everything I wish I knew when selling my first app 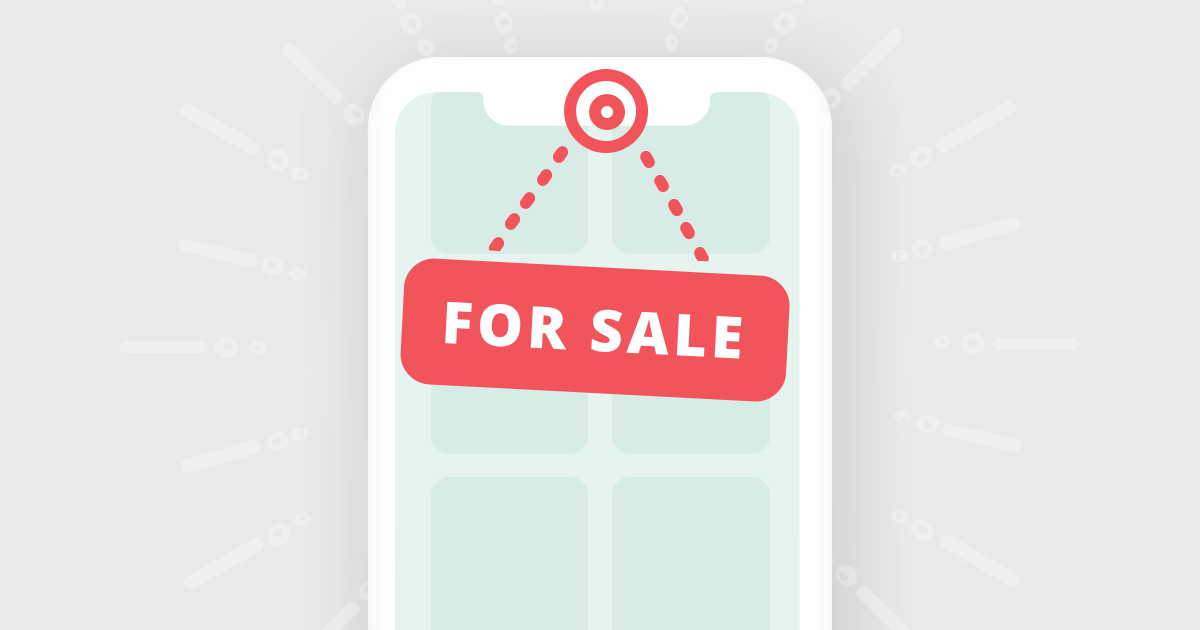 A lot of app developers, especially indie developers, don’t consider their app to be an asset — but just like any business that generates revenue, apps can be valuable and are frequently bought and sold. In the 12 years since founding Contrast, I’ve sold 3 of my apps and listed a couple others that didn’t end up selling. In this article I’ll share everything I’ve learned from those transactions and explain the process from start to finish, including tax implications.

Can I sell my app?

Before starting the process of trying to sell your app, you need to make sure you’re actually able to sell it. Unfortunately, Apple has a long list of reasons that apps are unable to be transferred from one developer account to another. Here are the top 4 issues you might run into:

How much is my app worth?

As with any asset, you never really know what something is worth until you try to sell it. Below are some guidelines to help you determine what your app might be worth. But remember, there’s no guarantee that you’ll actually find a buyer, much less at the generous valuation you might calculate in hopes of cashing in.

To cut right to the chase: apps typically sell for 12X - 36X the app’s monthly profit.

To calculate your app’s profit, take the gross revenue and subtract all expenses that directly contribute to generating that revenue. For an app, those expenses include App Store fees, operational costs (like servers, customer support, licensing, etc.), marketing spend, app maintenance, and anything else required to keep the app running.

Development costs associated with building new features don’t typically factor in, since those expenses contribute to future profit, not the maintenance of existing profit. But every app is different, and you might need to factor some development costs into your app’s valuation.

While most apps sell in the 12X - 36X range, others sell for many times that amount, and some don’t sell at all. There are many factors that might influence where your app falls in that range. Apps built from templates that have zero defensibility and fluctuating downloads or revenue typically fall on the lower end of that spectrum, while strategically valuable apps can sell for multiples of their gross revenue even if they aren’t turning a profit.

Another factor that could have a huge impact on the valuation of your app is revenue sustainability. Subscription apps with a history of low subscriber churn generally command much higher valuations than apps that are dependent on one-time purchases and/or ad revenue.

To get a general idea of what’s happening in the market, take a look at the apps recently sold on Flippa. If you’re serious about selling your app and want to get a more detailed estimate of its value, reach out to App Business Brokers for an appraisal.

Why should I sell my app?

One tricky thing about selling a profitable business is that it almost never makes financial sense to sell. If your app is making $10k per month in profit and you find a buyer at $300k, you could just wait 6 months, pocket another $60k in profit, and the app will likely still be worth $300k.

That said, there are reasons to sell an app, many of which end up being quite personal. For example, I sold my Mirror app in 2017 in part because my wife was pregnant with our fourth child. I wanted to reduce my financial stress leading up to the birth, as well as take some time off after the birth.

There are also potential tax benefits to selling. In the US, some or all of the profit from the sale of an app could be treated as a capital gain and taxed at a lower rate than profit taken monthly as income. (Be sure to talk to a tax professional about how the sale of an app might impact your tax situation.)

Another good reason to sell an app is to pursue other business opportunities that are potentially more profitable than continuing to invest time and/or money in an app. This is the situation I faced in 2013 when I decided to sell Gas Cubby to Fuelly. My other app, Launch Center Pro, was taking off at the time, and selling Gas Cubby allowed me to focus on it instead.

How do I find a buyer for my app?

In some cases buyers will reach out to you directly, but you’ll most likely have to list your app for sale. The 3 top sites for doing this are Flippa, Fliptopia, and App Business Brokers.

I don’t personally have experience with Flippa or Fliptopia, but I have used App Business Brokers. And despite their website looking like it was built in 1999, I was very pleased with their services.

There are also companies that buy apps directly. I have yet to sell an app this way, but I’ve had several interesting conversations with Maple Media over the years. And a quick Google search turns up a few more: We Buy Apps, Prometheus Interactive, and Apps Buyout (note: these links aren’t endorsements; be sure to do your homework before deciding to work with any company).

How do I negotiate?

The first thing to keep in mind during negotiations is that you’re typically going to be the only person watching out for your own interests in the transaction. App brokers might help you along the way and give a certain amount of advice, but their legal duties to you are limited to whatever is outlined in the listing agreement you signed. Unlike real estate, this is not a regulated space where agents are legally bound to put your interests ahead of all others.

Because app buyers sometimes buy tens or even hundreds of apps over time, the buyer will likely have more negotiation experience than you and the broker might be incentivized to get them a better deal to win their long-term business. Before entering into negotiations, it’s a good idea to seek the advice of an attorney or other professional who has experience in these sorts of transactions.

Another thing to consider while negotiating is that the first offer you get will likely undervalue your app. There are lots of app buyers out there who will low-ball interesting apps that come up for sale in hopes of getting a great deal from an unsophisticated seller. Even if you’re not able to incite a bidding war, getting multiple offers (or having the app appraised by someone knowledgeable) will help get you closer to a fair price for the app.

Where does RevenueCat fit in?

‍At RevenueCat, our mission is to help developers make more money. Whether you’re just starting out with a new app or looking to optimize revenue on an existing app, our platform can help you build, analyze, and grow your business. And when you’re ready to sell, our dashboard provides you detailed data on the sorts of things a buyer would want to know: from MRR and churn rate, to things no other platform provides data on — such as the percentage of customers who are still currently subscribers but have turned off auto-renew.